Nothing like traveling for 3 days of your life.  That pretty much sums up our experience thus far.  We left our home just after 10pm on Sunday and arrived at the Taylor’s beautiful home in Surabaya at 12:30am on Wednesday.  We only traveled for 36 hours of that.  Confusing huh?  Well that is what our bodies think as well. 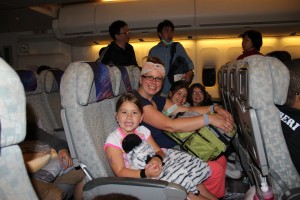 You can track some of our photos on my Instagram as we have wifi I will post the iphone versions of what is happening.

Fun notes from day one included:

Well…going to hang with the family today and get an early night to bed before hitting the ministry roles tomorrow.