“Alternative;” a bad approach for marketing.

I love all kinds of music (just check my 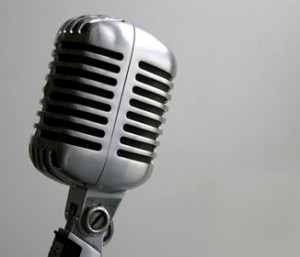 Spotify playlists).  So why would I seek out an alternative?  One station I find myself listening to has the worst marketing line ever, kills me every time I hear it.  “A positive music alternative.”

We don’t live in a world that wants the alternative to anything.  We want the name brand, the best in quality and we want it now.   We want the new technology, the new car and the new house in the new neighborhood.  Culture is defined by what is driving it, and those who are in the center of culture have a huge impact.  The heart of this approach of being an alternative is to create a “sub culture”.   Not desiring to be about what influences the masses, but still do something similar.  Sad things is the alternative is usually a bad version of the original.

The word alternative is like the word fake in the world of products.  Fake Toms, fake Oakley’s, fake purses.  Or another term would be “off” (“Off brand”).  There is an industry for Fakes and Off-brands, but it is not nearly as influential or lucrative.

Being a Christian now for 19 years I have been in both environments…those that encouraged me to exit the world and live this alternative version of life called Christianity and those that have recognized what Jesus intended, live in the center of culture and be the light.  Jesus didn’t try and live an alternative life, nor did he encourage it…he challenged us to be the center of life, living it to it’s full potential. John 10:10 John 17:15-18

The whole “alternative” concept is off in my opinion (no pun intended).  Maybe this station should call itself simply “Positive Music”.   We should have positive music, not alternative music.

I just want to turn on the radio and hear a song that doesn’t have to mask the lyrics.  I want to hum songs that my kids can download on their iPods without having to be declined due to “explicit” lyrics that are not included in the “radio safe” version.

If your music is only fit for an alternative audience then you are limiting the talent and gift that you have within you.  Become the best musician you can be, don’t compromise your content to fit in, be who you are.  And ride that wave…wherever it takes you.  Don’t try to be the best alternative…that is a small vision!  Sing about life and you will find yourself rising to be a positive influence, a light, and creating music that inspires us to sing along because it resonates.

If you are a business, church, creative, innovator…don’t do business in an alternative environment excel with the vision and mission you were inspired with and impact the culture around you!